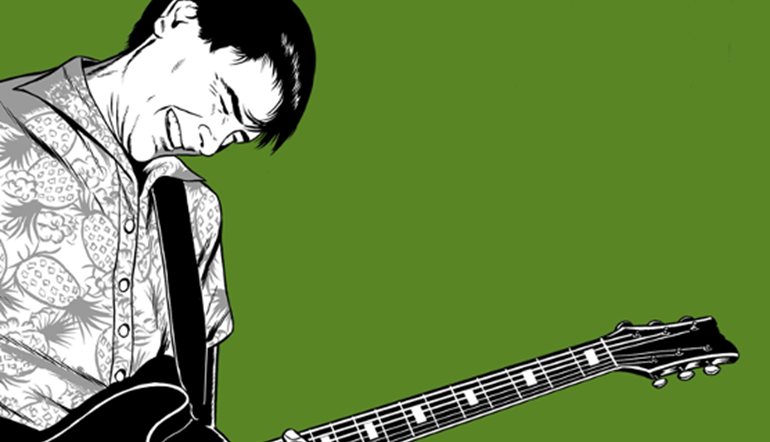 Tales From The Wedding Present

David Lewis Gedge is an English musician, best known for his work in the influential indie rock group The Wedding Present, of which he is the singer, guitarist, principal songwriter and only ever-present member.

In the UK, The Wedding Present have had eighteen Top 40 singles andseven Top 40 albums – a remarkable achievement for a band that has, from its inception, refused to play the record industry’s game.

Gedge also runs his own record label, Scopitones, an annual festival in Brighton called At The Edge Of The Sea, and a second band, Cinerama.

He is known and respected as a champion of the DIY ethic and, over the years, has collaborated with people as diverse as Steve Albini and the BBC Big Band. In 2018, a feature length documentary film telling the story of The Wedding Present’s debut album,George Best, was released.

He has also been the subject of several books, including the Wedding Present ‘fanthology’ Sometimes These Words Just Don’t Have To Be Said (This Day In Music), the self-penned Sleevenotes (Pomona), Valentina: The Story Of A Wedding Present Album (HarperCollins), and Thank Yer Very Glad (Omnibus).

“The boy Gedge has written some of the best love songs of the 'Rock ‘n’ Roll' era. You may dispute this, but I’m right and you’re wrong!” John Peel.

*Ticket prices include a 12.5% service charge.

We use cookies to ensure that we give you the best experience on our website. This includes cookies from third party social media websites. Such third party cookies may track your use on our website. If you continue without changing your settings, we'll assume that you are happy to receive all cookies. However, you can change your cookie settings at any time.